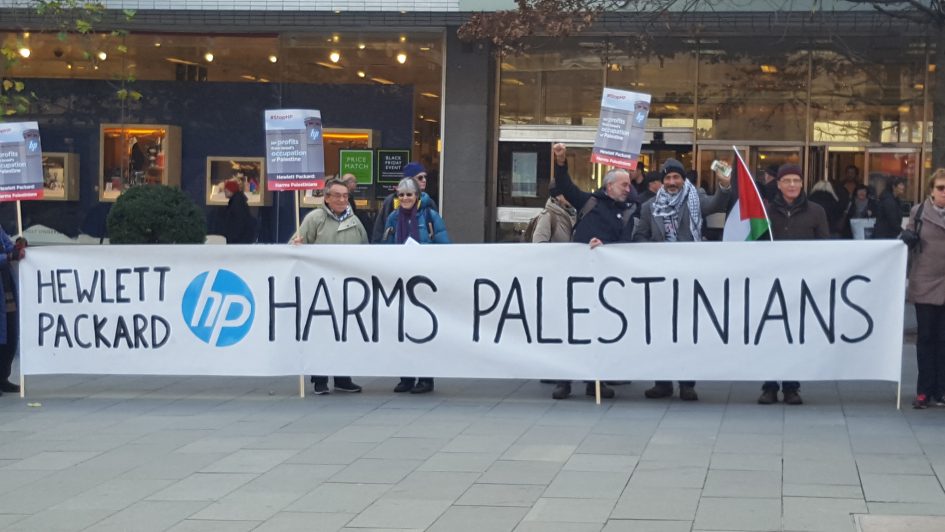 Federatie Nederlandse Vakbeweging (FNV), the largest trade union of the Netherlands, with 1.1 million members, has dropped HP as a partner in their offers to their members. The union said in its communication, “as long as we do not know for certain that HP is not complicit in human rights abuses, we will no longer include them as an offer in FNV Membership Offers”.

Sue Blackwell, member of FNV and Boycott HP campaigner, talking about the details of the victory, noted:

“Previously the union was regularly offering a 15% discount on HP products: this will now cease.This goes on to show that even if HP-branded companies try to evade responsibility by hiding under their new identities, we will hold them accountable for facilitating the violation of Palestinian human rights until they end their ties of complicity. Profiteering from apartheid and occupation is unacceptable and will be resisted.”

In the past, HP has provided services to Israeli Navy that maintains the inhuman blockade of Gaza, has maintained the Basel system, the biometric access control system used to racially profile Palestinians at Israeli checkpoints, and has also maintained record systems for Israeli prisons

HP split into HP Inc and HPE, and went on to build other spin-offs, but despite repeated demands for clarification, HP-branded companies have not provided any evidence that these corporate restructuring processes would have ended the involvement of the HP branded corporates in violation of International Humanitarian Law and Palestinian human rights. Civil society organisations from across the world have urged HP-branded companies to end their ties with Israel, and have stated that the onus lies on the companies to prove that they are no longer profiteering from being complicit.

Over 30 churches in the United States are now HP-free, and many have divested from it. In June last year, the biggest students organisation in India, Students Federation of India, with over 4 million members, passed a resolution in solidarity with Great Return March, joining the Boycott HP campaign and endorsing BDS.