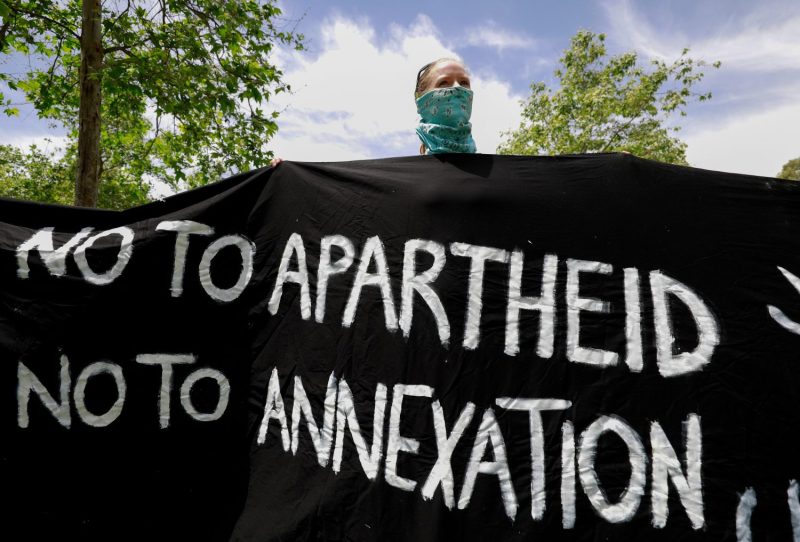 The Israeli government’s plan to annex parts of the occupied West Bank are a devastating blow to Palestinian rights and the prospects of a two state solution, with a viable Palestinian state alongside Israel. The proposals, based on US President Trump’s so called ‘Deal of the Century’, will result in huge swathes of Palestinian land, currently under military occupation, including the Jordan Valley and the illegal settlements, unilaterally declared part of Israel, in violation of decades of UN resolutions and international law.

For over half a century the Palestinian population of the West Bank have endured a vicious system of military law, which has undermined their rights, including freedom of movement, decent work, health, education, water and other public services.

The international community must respond immediately to the call of Palestinian civil society and human rights organisations including trade unions for ‘effective measures’ by nation states to prevent annexation.

As a movement of European trade unions, committed to human and workers’ rights and international law, we urge the European Union and European governments to:

– Suspend the EU-Israel Association Agreement, until the Israeli government complies with its clauses on human rights and withdraws its annexation plan;

– Suspend the arms trade with Israel;

– Impose a ban on trade with the illegal Israeli settlements and complicit companies;

Additionally we call on the trade union movement to comply with the call of Palestinian trade unions, and Palestinian civil society, to ‘do no harm’, and therefore in terms of their own procurement and investments policies to ban companies profiting from or in any way complicit with illegal Israeli settlements.