Article: The right to health in Palestine 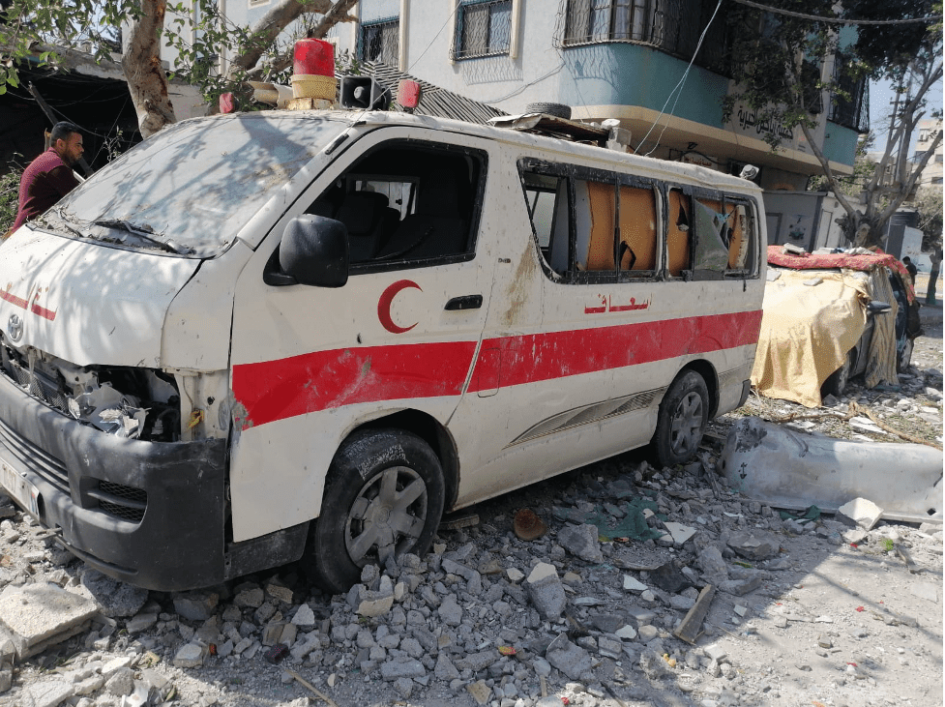 The right to health is protected by international human rights law including the Declaration of Human Rights, International Covenant on Economic, Social and Cultural Rights (ICESCR). Article 56 of the Fourth Geneva Convention stipulates that an occupying power must ensure and maintain medical and hospital establishments and services and public health and hygiene.

The physical and mental health of Palestinians in the occupied Palestinian territory (oPt) are significantly affected by the military occupation and denial of rights. High levels of violence and harassment, detention, destruction of property, restrictions on freedom of movement, unemployment and poverty all have a major impact on mental health, contributing to the highest level of mental illness in the Eastern Mediterranean area.

In the West Bank and Gaza the responsibility for healthcare provision is divided between the Palestinian Authority under the Oslo Accords and Israeli government as the occupying power under international law. Palestinians in occupied East Jerusalem, who meet the strict criteria to receive a residency permit, can access health insurance.

The oPt is divided into three regions, the West Bank, East Jerusalem and Gaza, whilst the West Bank is subdivided into Areas A, B, C, H1, H2 and the seam zone. This creates major barriers for the delivery of healthcare. The Palestinian Ministry of Health is the main provider of primary in the West Bank, excluding East Jerusalem, with responsibility for over 71 percent of the 585 clinics in Areas A and B. Area C, which covers 61 percent of the West Bank and is under Israeli military control, was served by just 11 mobile clinics provided by NGOs in 2019 as the building of permanent healthcare facilities for Palestinians is not permitted.

Access to healthcare in Gaza and the West Bank is limited, with specialised healthcare provision such as cardiac surgery, specialist cancer care, children’s dialysis, specialist rehabilitation services and complex eye surgery only available in Palestinian hospitals in East Jerusalem. Patients from Gaza and the West Bank are regularly referred to these hospitals, with most requiring a permit from the Israeli authorities in order to travel.

Patients from Gaza have to apply for a permit to travel 10 days before their medical appointment. They are informed on the evening before they are due to travel if their application has been successful. Applications are often delayed, particularly when patients or their companions are required to attend an interview with Israeli security officials, leading to missed appointments and delayed treatment. Just 65 percent of patient applications to leave Gaza for treatment were approved in 2019, whilst 50 percent of applications for a companion to accompany a patient were refused, including 38 percent of requests for an adult to travel with a child.

The majority of patients from Areas A, B and C of the West Bank also require permits to travel to East Jerusalem for medical treatment, although there are exceptions at certain times of day for most women over 50, men over 55 and children under 14 who are accompanied by an approved adult. In 2019, 81 percent of permits for patients and companions were approved.

Emergency patients travelling by ambulance from the West Bank to a specialist hospital in East Jerusalem are in most cases required to undergo the ‘back-to-back procedure’ at checkpoints. Patients are transferred from a Palestinian registered ambulance to an Israeli registered ambulance, under the supervision of the Israeli military. According to a 2015 study 41 percent of back-to-back patient transfers are delayed for more than 15 minutes, with an average delay lasting 24 minutes. This can have an impact on patient health, particularly for critical and emergency patients. In 2019, 90 percent of ambulance journeys into East Jerusalem underwent the back-to back procedure.

The 335,000 Palestinians who live in East Jerusalem with a residency permit face many health changes despite having access to health insurance. 76 percent of Palestinian residents and 83 percent of Palestinian children in East Jerusalem live below the poverty line. Approximately 140,000 Palestinians live within the Israeli controlled Jerusalem Municipality, on the West Bank side of the separation barrier and can only East Jerusalem through a small number of checkpoints. These communities suffer from high levels of overcrowding and are underserved by public services, such as waste disposal and water and sanitation.

The ‘Great March of Return’ demonstrations in 2018-19 in Gaza placed significant extra pressure on the health system, which was already on the verge of collapse. During the demonstrations 214 Palestinians, including 46 children, were killed by Israeli forces, and 36,100 were injured, including nearly 8,800 children. Over 8,000 of those injured during the Great March of Return were hit by live ammunition and many required complex surgery, unavailable in Gaza. Of the 604 exit permits requested for people injured during the Great March of Return 17 percent were approved, 28 percent rejected, and 55 percent did not receive a response before their medical appointment.

The United Nations Human Rights Council commissioned independent inquiry into the demonstrations found reasonable grounds to believe that the use of live ammunition by Israeli forces against demonstrators was illegal in 487 cases of the 489 deaths and injuries they investigated.

Violence against health workers is common in Gaza, but the number of attacks increased dramatically.

During the period of the Great March of Return in Gaza three health workers were killed, 845 injured and 119 ambulances and seven health facilities were damaged. In the West Bank there were 68 recorded attacks on health care in 2019, 33 of which involved physical attacks against health workers or facilities. This included a clearly identifiable first responder for the Palestinian Medical Relief Society, who was shot dead by Israeli forces whilst providing assistance during a raid on the Dheisheh refugee camp in Bethlehem.

In March 2020 the COVID-19 pandemic reached the oPt. By February 2022 there had been over 546,000 confirmed cases, including 5,116 deaths. The oPt’s fragile health system, which was already stretched to capacity, has struggled to respond to the pandemic. The state of emergency was implemented in March 2020 which remained in place at the beginning of February 2022, although some restrictions had been lifted.

The Israeli government has been extremely successful in providing COVID-19 vaccinations to the population of Israel, occupied East Jerusalem and the Israeli settler population in the West Bank. The Israeli government committed to providing 5,000 vaccines for Palestinian health workers and in March 2021 began providing vaccines for 120,000 Palestinian workers from the West Bank who work in Israel and the illegal settlements. The Israeli government has rejected calls to provide a wider vaccination programme, arguing that the Palestinian Authority has responsibility for healthcare for the Palestinian population of the West Bank and Gaza according to the Oslo Accords. UN experts have emphasised that international law takes priority over the Accords and highlighted Israel’s responsibility under international law to provide the “highest attainable standard of physical and mental health”. The fourth Geneva Convention states that the “occupying power has the duty of ensuring and maintaining, with the cooperation of national and local authorities, the medical and hospital establishments and services, public health and hygiene in the occupied territory, with particular reference to the adoption and application of the prophylactic and preventive measures necessary to combat the spread of contagious diseases and epidemics.” Palestine began its vaccination programme on 21 March, 2021 and had administered over 3.4 million vaccines by the end of April 2021.

Adapted from ‘Talking about Palestinian rights: A UNISON guide for activists’ :