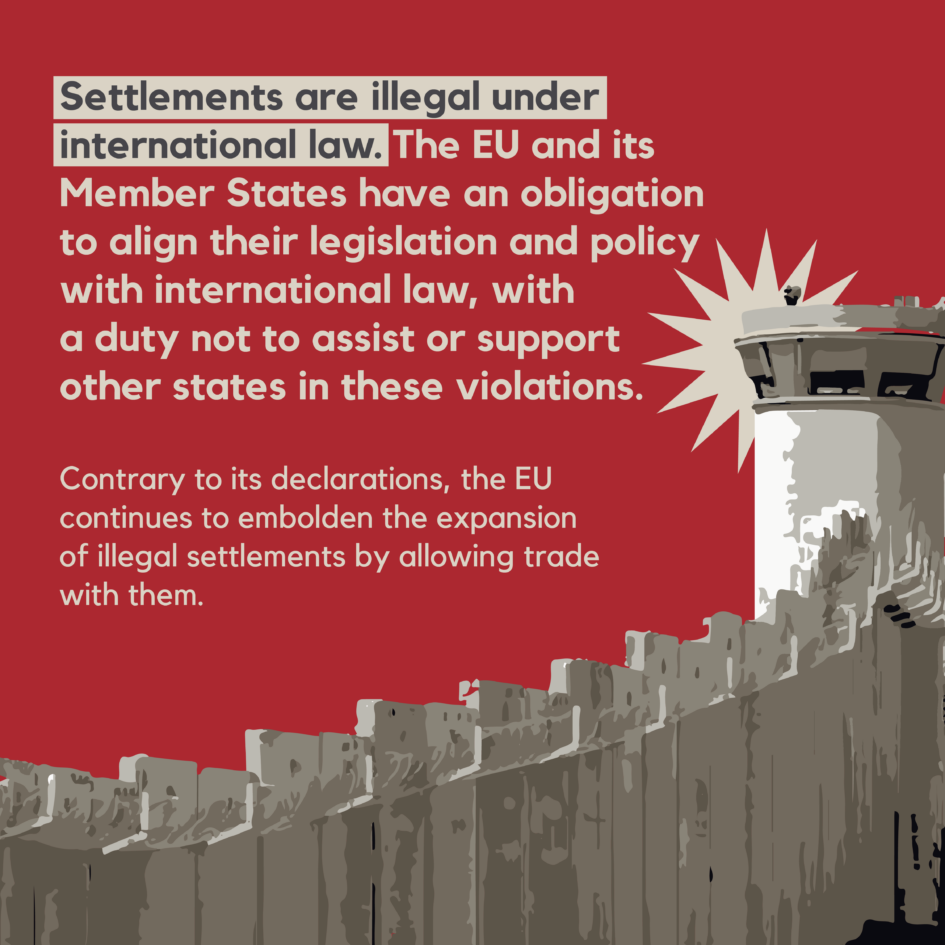 Marking the World Day of Social Justice on February 20 a coalition of 150 civil society organisations, among them ETUN Palestine, has launched a European Citizens Initiative (ECI) to stop trade with illegal settlements in occupied territories.

An ECI is an official instrument for democratic participation of citizens in EU policy making. If an ECI garners one million signatures from EU citizens over 12 months the European Commission must consider and debate the petition’s demands.  This ECI demands EU legislation that will outlaw trade with illegal settlements, anywhere and at all times, including trade with Israel’s illegal settlements in occupied Palestine. The coalition calls on every EU citizen concerned about human rights, social justice and fair trade to sign the petition.

Even though illegal settlements constitute a war crime under international law, the EU allows trade with them. In the case of Israel’s settlements, the UN Security Council has called on states to render them no assistance, and the European Union has repeatedly declared that they constitute a flagrant violation of international law. Nevertheless, the EU continues to trade with them, which has emboldened their ongoing expansion.

This European Citizens Initiative is carried out by the #StopTradeWithSettlements coalition, which includes prominent civil society organisations in the field of human rights, environmental and social justice, trade unions and politicians who unite against profits from annexation and occupation to protect human rights, fair trade, and international peace.