May Day: A day to stand up against apartheid Israel 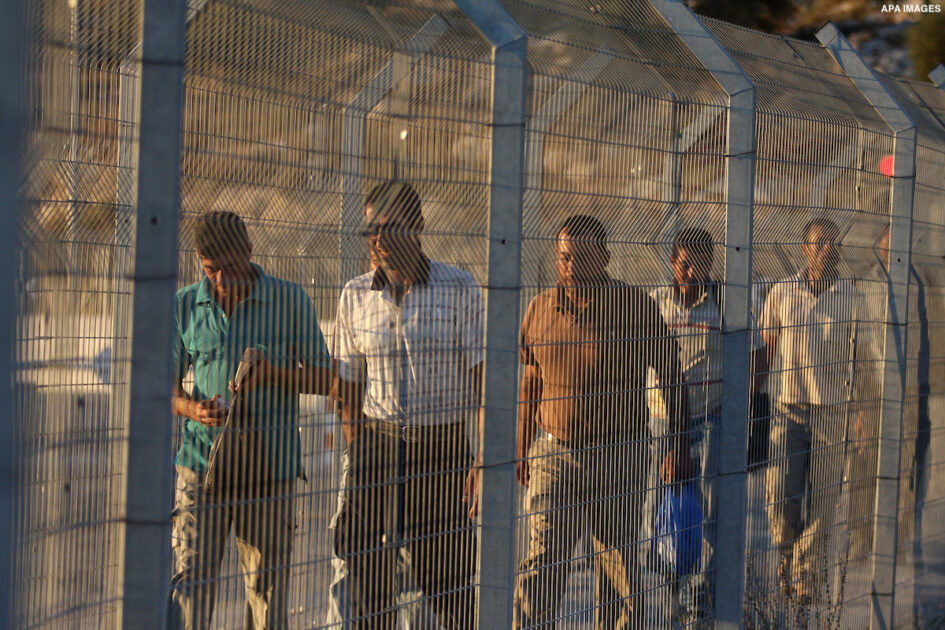 Palestinian workers walk to cross the Isreali controlled Modiin ( Bet seira ) checkpoint, between the West Bank and the Jewish settlement of Modiin Illit and all of Israeil , as they head to work in Israel and nearby settlements on October 7, 2010 . Photo by Eyad Jadallah

Today, May 1st, 2022, the Palestine New Federation of Trade Unions joins people around the world to mark the International Workers’ Day. May 1st  comes this year while apartheid Israel is escalating the violence it has been inflicting on us for more than seven decades. Today we emphasize our joint struggle and mutual solidarity with our sisters and brothers across the globe as they are fighting capitalism, neoliberalism, colonialism, patriarchy and racism. We also reiterate our call on trade unions and people of conscience around the world to answer Palestinian calls for liberation. It is time to  be fully on the right side of history and hold apartheid Israel accountable for its decades-long crimes and exploitation of our workers and resources.

Currently, apartheid Israel is accelerating the annexation of more Palestinian land and plunder of our natural resources across Historic Palestine. To quell Palestinian resistance- the inevitable response to its colonial plans, Israel has intensified violence against our people and workers. Tens of thousands of Palestinians who are forced to work for Israeli corporations have been bearing the brunt of Israel’s escalated violence since the start of April, 2022. In the last few weeks, the occupied West Bank was put under Israeli closure as a measure of collective punishment. Workers, who tried to reach their workplaces were shot at, arrested, beaten and humiliated by the Israeli occupation. On April 12th, Abdallah Srour, 37, a worker from Hebron, was killed by  Israeli police in his workplace in Ashkelon.  He is among the more than 25 Palestinians murdered by the Israeli occupation in less than a month.

The district of Jenin, which is being scapegoated by Israel to emphasize its omnipotent power over the Palestinian people, was put under Israeli economic siege in April. Setting up more military checkpoints, the Israeli occupation authorities have been restricting movement of people and workers to and from Jenin.

While Israeli employers dehumanize over 130, 000 Palestinian workers by denying them their labor rights, Israeli occupation forces and settlers are waging a war on Palestinian farmers. Blocking farmers’  access to their land, uprooting their crops, assaulting them and confiscating their property are all measures that aim to destroy our agricultural sector, a main source of income for many Palestinians. This only allows apartheid Israel to entrench the economy of its apartheid system while reducing Palestinians to  cheap wage laborers.

Tens of thousands of Palestinians in the Gaza Strip mark the day- originated within the historical struggle to achieve fair and better working conditions to live a dignified life- while they are unemployed lacking any source of income. Years of inhumane siege on the Gaza Strip since 2007 accompanied by constant brutal assaults have led to the destruction of most economic sectors. According to the Palestinian Central Bureau of Statistics, in 2021, the unemployment rate in the Gaza Strip reached 47%.

Internationally, Israel finances its apartheid regime subjugating our people by flooding the world markets with the produce of illegal settlements. Israeli multinational companies export neoliberal  policies to the Global South to rake in profits on the backs of workers there. Israel’s agribusinesses, along with military and spyware companies which sell weapons and surveillance technology to authoritarian governments in the Global South, only perpetuate legacies of colonialism.

Israel’s model of neoliberalism, settler colonialism and apartheid must be challenged and rejected by trade unions across the world. The Clover workers in South Africa are currently saying ‘No’ to such an oppressive model by continuing their open-ended strike against the takeover of their company by Israel’s CBC. From Palestine, we reiterate our fraternal solidarity with the striking Clover workers for more than four months.  The Clover workers and the trade unions leading them are sending a clear message to their government and the world that Israeli apartheid companies must never profit from the rapacious exploitation of workers in South Africa- a country of a long-standing history of resistance to apartheid.

As we struggle to end the  inhumane exploitation of our workers, which is part of the larger struggle to reclaim our land and resources,  on May Day, we call on: