How To Join Us? 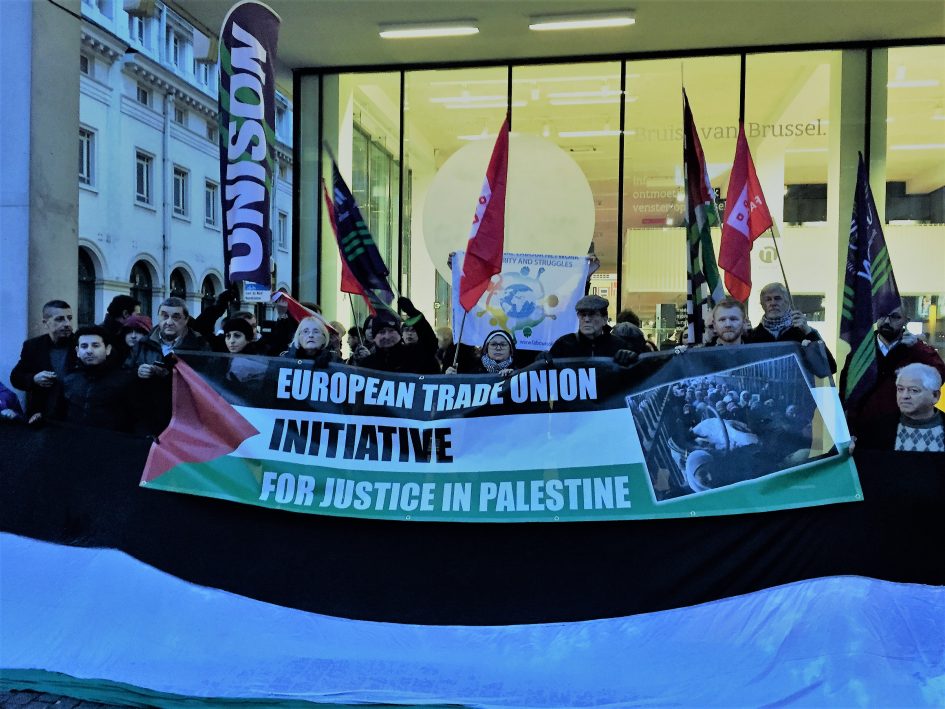 In November 2016 over 100 trade union delegates, representing twenty nine unions and three million members from all over Europe, gathered in a historic first meeting in Brussels to challenge the EU and European governments’ complicity with Israel and establish a cross European platform in solidarity with the people of Palestine.

This meeting was prepared by a steering committee group. At this moment 39 European unions endorsed our call to form a European trade union initiative. In order to build an effective network and broad platform there is a need to involve more representatives of European trade unions. Expanding the steering committee group is an open process, and you can join us at any given moment

Trade unions who are not already represented in the steering committee but want to designate a representative can send the name of their delegate with his or her function, the name of the trade-union and the person’s e-mail address to etu.palestine@gmail.com

How to become a member of the steering committee:

– you have to be mandated by your trade union, trade union confederation, a sectoral union or a regional brunch of a trade union that have already endorsed the initial call of the European Trade Union Initiative for Justice in Palestine. If your organisation didn’t sign the call yet, it’s possible to endorse it at any given time.

– trade unions can designate maximum 2 representatives from their union

– per trade union there is one vote

The steering committee group will meet at least twice a year and can invite external observers or experts to the meeting without a right to vote.

These widgets are displayed because you haven't added any widgets of your own yet. You can do so at Appearance > Widgets in the WordPress settings.