Article: The right to education in Palestine 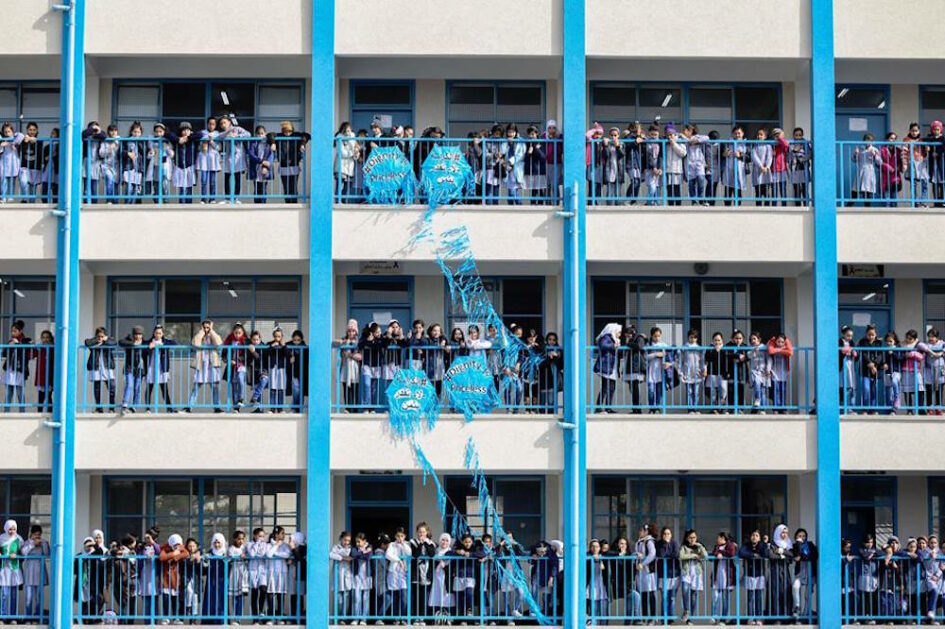 School attendance for Palestinian children is particularly affected by restrictions on freedom of movement. Physical barriers including checkpoints, temporary checkpoints, the separation barrier and settlements and associated infrastructure regularly add long delays to the school journey, which is made worse by the lack of safe transport.

In Area C more than a third of Palestinian communities lack access to a primary school, forcing many children to walk long distances to school, often crossing military checkpoints. Where schools do exist, many lack facilities, safe play areas or water and sanitation, increasing drop out rates and educational attainment.

Palestinian students are often subjected to violence and harassment from Israeli soldiers or illegal settlers, particularly on the journey to and from school. In 2019 there were 328 education related incidents affecting 19,913 students, a third of which involved the firing of teargas either on school property or at students on their journey to and from school. The approximately 4,200 schoolchildren living in the H2 area of Hebron are at particular risk, and are regularly subjected to harassment, intimidation and delays as they pass through checkpoints on their way to school. The withdrawal of international human rights monitors in 2019 has increased the risks for schoolchildren living in H2.

Violence and harassment, together with regular armed conflict, the restrictions of the occupation and high levels of poverty all contribute to a high drop-out rate of Palestinian students from schools.

The arrest and detention of children by the Israeli military is also a barrier to education. In September 2020 there were 173 child prisoners in detention in Israeli Prison Service (IPS) and Israeli Defense Force facilities. Recent figures are not available as the IPS has not responded to freedom of information requests on child prisoner numbers since October 2020.

The tight land, sea and air blockade of Gaza, severe shortages of electricity, water and sanitation and adequate housing, high levels of poverty and unemployment and the trauma of multiple conflicts all have an impact on Gaza’s underfunded and overcrowded education system. Approximately two-thirds of schools run on a double or triple shift system in order to accommodate students, resulting in reduced teaching hours. UNRWA, which provides approximately 60 percent of basic education in Gaza regularly faces funding crises, whilst teachers in non UNRWA schools sometimes receive partial salaries or wait several months between payments, leaving schools reliant on voluntary contributions from parents.

Adapted from ‘Talking about Palestinian rights: A UNISON guide for activists’