Article: The right to water and sanitation in Palestine 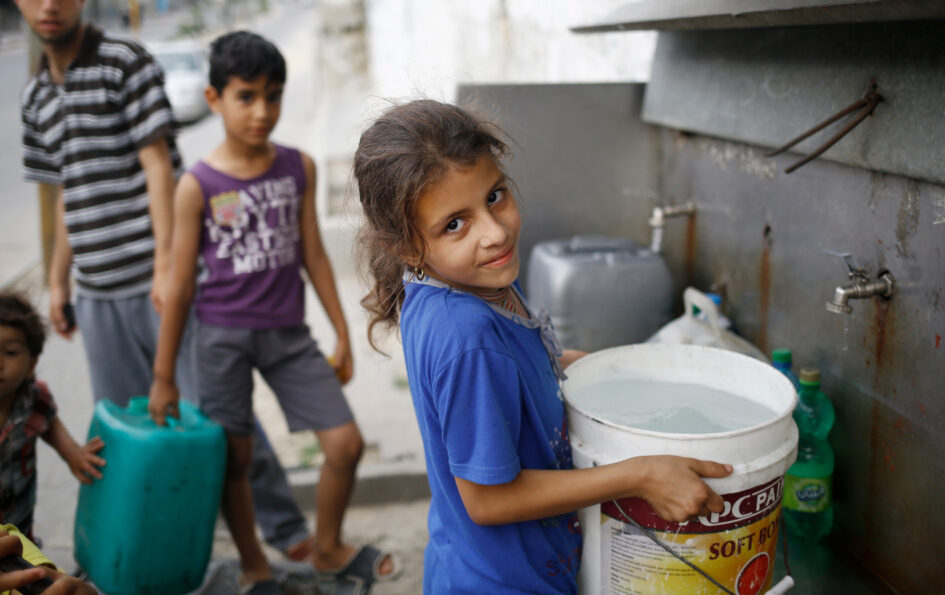 Access to water is seriously undermined by the occupation, despite the responsibilities of the Israeli government to ensure and maintain public health and hygiene, under the fourth Geneva Convention. Although the oPt has ample fresh water resources, Palestinians are water insecure, with the lowest access to fresh water in the region. The population of Israel and the settlements on the other hand enjoy a plentiful supply of clean water.

Over 97 percent of the water from Gaza’s coastal aquifer is unfit for human consumption, due to overuse and contamination, forcing the population to rely on desalinated water from unregulated private vendors, costing 10 to 30 times more than piped water. Water related diseases account for over a quarter of illnesses in Gaza and are the main cause of child mortality.

Palestinians have been unable to access water from the River Jordan since 1967.

The mountain aquifer, which is mainly located in the West Bank, is the largest source of fresh water in the region. The 1995 Oslo Accord allocated 80 percent of the water to Israel and 20 percent to Palestinians, although the Palestinian population receive considerably less than this. This results in a significant difference in water consumption, with the population of Israel and the illegal settlements using approximately 300 litres a day, whilst Palestinians in the West Bank use approximately 84 litres a day, below the World Health Organisation recommended minimum of 100 litres a day.

Palestinians living in Israeli military controlled Area C, which makes up over 60 percent of the West Bank, are required to apply for a permit for any form of construction, including water and sanitation infrastructure. Almost all applications are denied, and any structure built without a permit is at risk of demolition. In some cases where illegal settlers, with the support of the military, have claimed water springs for their own use, Palestinian communities have lost access to their main or only source of fresh water.

In 2020-2021, during the COVID-19 pandemic, the Israeli military demolished 149 water and sanitation structures in the West Bank, despite the extraordinary risks to the health of communities. The demolished structures ranged from water tanks or wells serving a household to a water network, funded by donors, which supplied over 1,000 Palestinians in eight communities in Hebron.

As recently as 2000 the coastal aquifer beneath Gaza provided up to 98 percent of the population with clean water. Contamination from seawater and sewage and overextraction due to population growth has led to over 97 percent of the water becoming undrinkable. This has been exacerbated by the tight land, sea and air blockade, repeated bombing campaigns which have destroyed or damaged water and sanitation infrastructure, the dual-use list which restricts the import of pipes, pumps and purification chemicals, fuel and electricity shortages, reduced support from international donors and the political dispute between Hamas in Gaza and the Palestinian Authority.

Gaza’s waste treatment plant is also dysfunctional. Untreated sewage leaches into the soil and 110,000 cubic metres of untreated and partially treated waste are discharged into the Mediterranean Sea on a daily basis.

Adapted from ‘Talking about Palestininian rights: A UNISON guide for activists’: https://www.unison.org.uk/content/uploads/2021/12/Talking-about-Palestinian-rights.pdf