Norway must change its policy towards Israel, says Fagforbundet 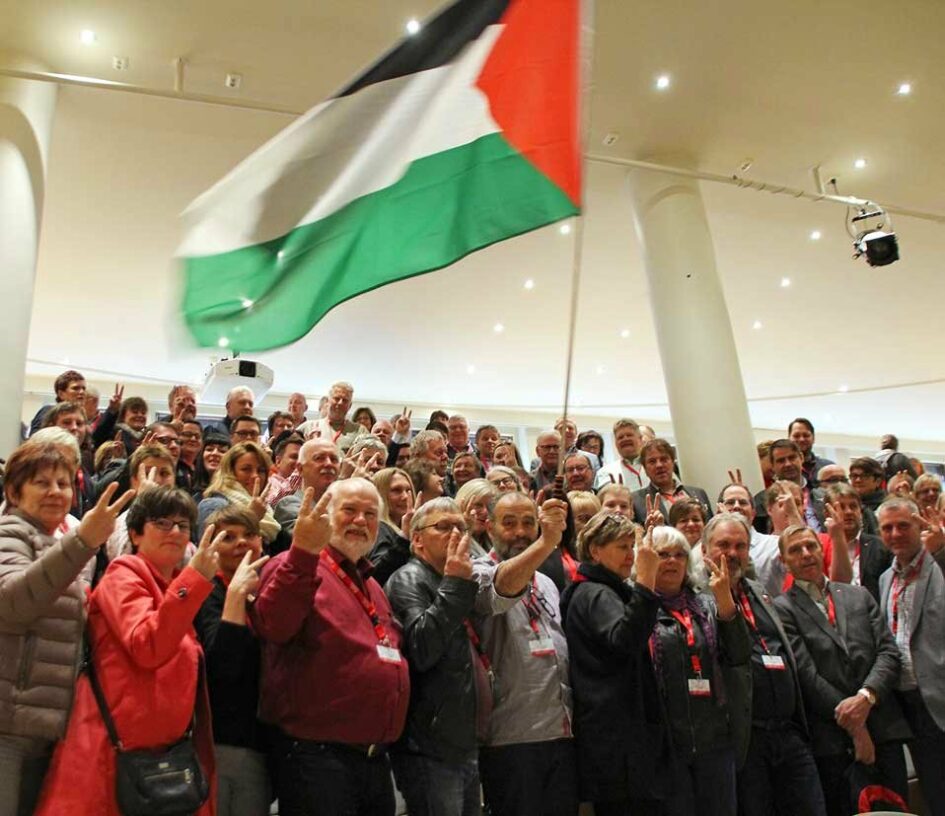 At the National Congress held in October 2022, Norwegian Union of Municipal and General Employees (Fagforbundet) adopted a resolution calling on Norwegian government to change its policy towards Israel.

“The 55-year long occupation of Gaza, the West Bank and East Jerusalem, in violation of international humanitarian law, has long been met with empty phrases while the situation for the Palestinians is deteriorating” – the resolution reads.

“The absence of sanctions from Norway is a betrayal of the Palestinians while at the same time undermining the role of humanitarian law in the international legal system. The Støre Cabinet and previous governments have said that Norway will contribute to a world order based on international humanitarian law. To achieve this, Norway must contribute with more than statements expressing concern”  unionists say.

• Work for an international boycott of Israel;

• Mobilize to ensure that the UN Independent Committee of Inquiry into Palestine (COL) investigate apartheid as the cause of Israel’s ongoing violations of humanitarian law and human rights;

• Urge Norway and the Norwegian government to take action to help stop the oppression of the Palestinian people. Violations of international humanitarian law must have consequences. Norway and other states must commit to implement measures in national and international forums, which holds the Israeli state accountable for its crimes;

• Urge Norway to work actively to ensure that persons suspected of apartheid crimes are prosecuted, and that victims of human rights violations and crimes against humanity receive full compensation;